Relationships are central to our work and to our lives. Without our connection to other people, we would have a sad, lonely and isolated existence. It is the warmth of the web we weave that keeps us buoyant and alive. Not only do we know this intuitively for ourselves, it is underwritten by research.

In his 2012 book Triumphs of Experience, George E. Vaillant shares the findings of one of the longest longitudinal studies of human development ever undertaken. The Harvard Grant Study of Adult Development began in 1938 with a cohort of 268 men, whose lives have been tracked for over 75 years. Whilst this study does have its limitations as it included only white males, it does, nonetheless, give us a valuable window onto the dynamics of adult development. Having a homogenous group, who had the likelihood of a long life, means that the study has benefitted from a low attrition rate and a relatively high percentage making it to 90 years old (30%).

Way ahead of the curve of the current positive psychology movement, this study aimed to uncover what factors contributed to a successful life. The researchers followed the group as their lives unfolded in real time and collected a vast array of data, including personality types, drinking habits, quality of relationships and even the “hanging length of his scrotum.” The study began in an era when physical constitution and breeding were considered to be the strongest predictors of success.

Having been involved in the study for 45 years, Vaillant developed his own definition or “Decathlon” of flourishing. This consists of 10 indicators or “events”, which could be objectively measured in the men who were between 65 and 80 years old. Four of these events were to do with having good relationships: with their partner, kids, friends and others who were not in their immediate family but whom they nurtured. Four events reflected the health of the men: low levels of psychological distress, enjoyment of work and leisure, being physically active and having good mental health. The other two events were being included in Who’s Who in America and earning an income in the study’s top quartile.

Having established his criteria for success, Vaillant scored each of the participants based on the data collected about them over the course of their lives. He tested statistically which of the wide range of variables and traits that the study had documented predicted a good life in later years. A clear pattern of results emerged.

Variables reflecting social class (for example, the level to which their mother or father was educated) had no bearing on success later in life. Neither did variables that reflected constitutional factors, such as having a strongly masculine physique. The variables that reflected the quality of the men’s relational lives, however, were very strong predictors of the Decathlon scores. This led Vaillant to conclude that the real “antecedent of flourishing” was the capacity for intimate, close and loving relationships.

What differentiated the most successful from the least successful men wasn’t so much the presence of one relationship, such as a lifelong marriage. Flourishing later in life was associated with a man’s capacity to value others, whether his wife, parents, siblings, children, friends or colleagues. Creating a “warm surround”, whether within your family of origin, within the family you create, at work or beyond your tribe is what matters.

Vaillant concludes that his research provides robust evidence that “nurture trumps nature”. Even though the benefits of a happy and stable childhood for success later in life do come through in the study, our childhood doesn’t have to be “destiny or doom”. As adults, we develop. Our personalities evolve. Each of us has to grapple with growing up. Even more encouraging is that injecting a little more warmth into a relationship is something that is within the grasp of us all. It can be done with something as simple as a smile, the sharing of a joke or picking up the phone and making that call.

This is an excerpt from Sarah’s forthcoming book, Life-Enriching Relationships. This is a sequel to her previous book, Life-Changing Conversations. 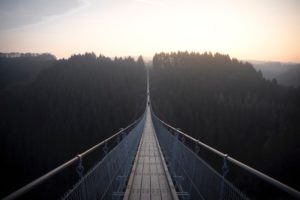 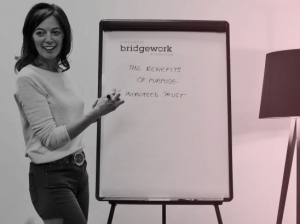 This is an excerpt from Life-Enriching Relationships, Sarah Rozenthuler’s forthcoming book Relationships are central to our work and to our lives. Without our connection to other people, we would have…