Given that we live in a world that feels ever more uncertain, a radically different approach to leadership is called for. Increasingly leaders will need to see themselves not as king pins in a machine but as one part of a complex ecosystem of stakeholders.

Three practical suggestions are offered to activate this “systemic leadership.”

The global economic crisis, as well as climate change, energy security and religious wars, all place new demands on our leaders. Given the growing chasm between the complex challenges leaders face and their capacity to handle them, trust in authority figures, whether in financial, political or religious institutions, is running at an all time low.

One of the biggest gaps in the current approach to leadership is the failure to take a systemic approach. This is well illustrated in a recent article published in the New Statesman about how attempts to “modernise” the NHS by successive governments have created untold problems.

In “A Critical Condition” GP Phil Whitaker explains how the extent of the issues in the NHS stem from no one in government having their eye on the whole as they made changes. The “marketisation” of the NHS, which was intended to increase collaboration between different parts of the system, has had the unintended impact of increasing fragmentation.

The NHS is suffering, like many organisations, from silo working, low morale and high turnover. Instead of working together to provide integrated systems of care for patients (particularly for those with multiple diseases), hospitals, GP surgeries, community nursing, NHS 111, the ambulance service and walk-in units are being forced to compete with one another.

“The problem is, in our present day competitive NHS, each entity is trying to protect its budget and ensure its own performance meets the benchmarks by which it will be judged next time the contract comes up for renewal. Perverse and protectionist behaviour ricochets round the system.”

Dysfunctional behaviour is common in many organisations. When individuals and teams are forced to compete for limited resources, low levels of trust and poor performance are often the result. This is such a wasted opportunity. In my consulting work I meet so many talented individual leaders, who are bright, well intended and want to give their best. Much of this intelligence is, however, lost at the level of the leadership system. Silly systems, it seems, produce silly results.

Returning to the “complex and messy” situation with the NHS, Dr Whitaker concludes that:

“If we want to do anything other than lurch from crisis to crisis, the whole system will have to be reconfigured.”

How do we reconfigure a whole system? We risk getting paralysed if we feel overwhelmed by the size of the task so here are 3 suggestions for getting started with a more systemic approach to leadership.

The dominant model for how we see an organization still comes from a mechanical mindset. We speak about changing the “machinery of government”, pulling the “levers for change” and, when things are going well, the organisation “running like clockwork.”

A new metaphor for organisational life is, however, emerging. Seeing the organization as a living system is becoming increasingly popular. Changing how we think about an organisation changes how we act. It opens up the field of possibilities for intervening in more intelligent – and humane – ways.

Dr William Tate of the Systemic Leadership Institute has a powerful way to bring this to life. He likens the organization and its people to a fishtank containing fish. Whereas in our mechanistic, individualistic mindset we fixate mostly on individual fish, the reality is that they co-exist in a complex ecosystem.

“Wise owners do not blame the fish for their poor appearance or performance. They do not take the fish out from time to time to give them a spot of training, tell them to smarten up and look more lively, and then plop them back in the same dirty water. Instead they clean the tank.”

Paying attention not only to individual entities (fish) but to want surrounds them (the fishtank) makes us more skillful at leading organisations. One of the more tangible aspects of the waters in which we swim are conversations, both formal and informal. Paying attention to the quality of the conversational environment is critical.

As a leader or change agent, these questions will help you to get a handle on the health of the psychological and social fishtank:

Systems thinkers and industrial engineers such as W. Edwards Deming highlight the importance of acknowledging the part that a system plays when things go wrong. As a rule of thumb, Deming calculated that only 15% of mistakes can be attributed to a workforce or individual. A staggering 85% of mistakes are the result of the system designed by managers. The performance of anyone is influenced to a very large degree by the system that he or she works in. Intervening systemically is therefore key to improving organisations.

A systemic leader pays attention to the whole of the fishtank. Consider inviting a diversity of different “fish” – not only the good swimmers, the star fish and the show-offs – but also the stressed out fish, the slower moving species and maybe even the ones you hardly ever see – to explore these lines of inquiry:

Cleaning the fishtank is not easy but it is a more sustainable solution that focusing only on sprucing up the fish. When murky waters are cleaned, fish are better able to see their way around, handle the political undercurrents and deliver the exceptional results that the owners want.

In a vibrant fishtank, the fish enjoy themselves, feel content and are well nourished. They also understand that they are not alone. They have a deep appreciation that they are interdependent and that all the different parts of an ecosystem are needed to make up the whole.

The “owners”, for their part, understand the fishtank as a system. They notice what surrounds people, pay attention to the atmospherics and create the conditions for quality conversations. They understand that the health of any one part of the ecosystem depends on the health of the whole. The true leaders of tomorrow see the larger system and intervene accordingly.

Dr Phil Whitaker’s article on the NHS published in the New Statesman, 5 March 2015: 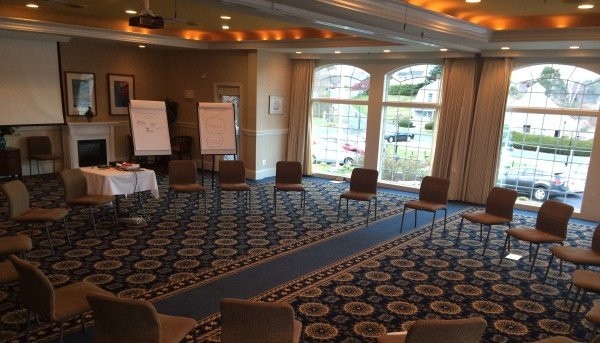 This post explores how a new approach to leadership is emerging. It is concerned not with the single heroic leader but with leaders thinking and talking together to achieve results… 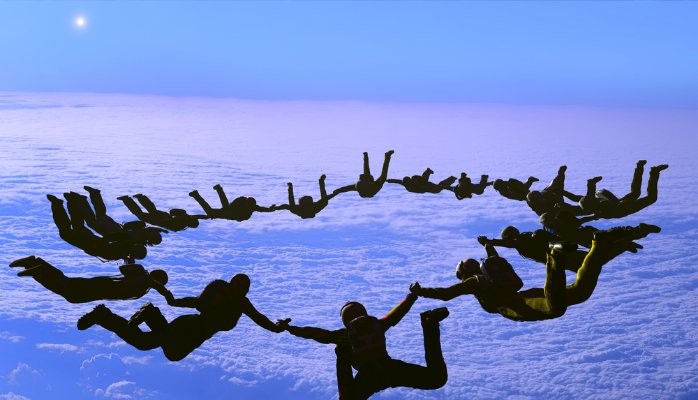 “It’s at the juncture where organizational purpose and individual calling start to resonate with and reinforce each other that truly extraordinary things happen.” (Frederic Laloux, Reinventing Organizations) Co-authored with Edward… 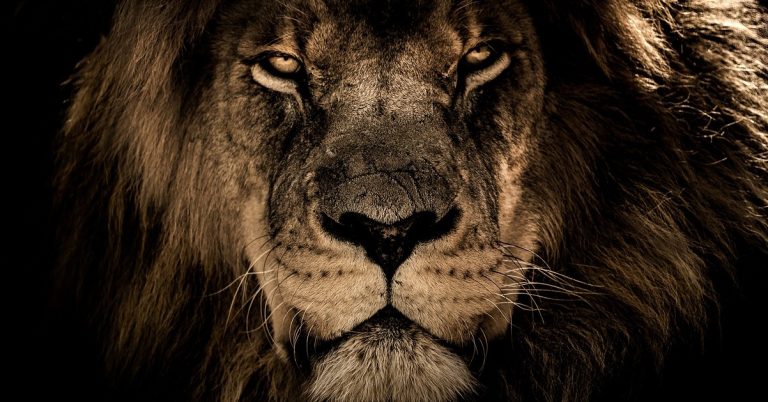 A few weeks ago I attended a packed out event in London called, “From the Roman Empire to Twitter: Why are we so afraid of outspoken women?” hosted by the… 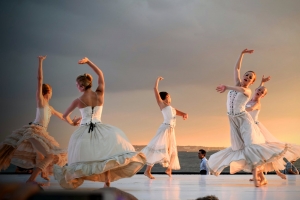 It’s been a great pleasure the last few days to be in the throngs enjoying the Edinburgh Festival. Established in 1947, the Festival was created to “to provide a platform… 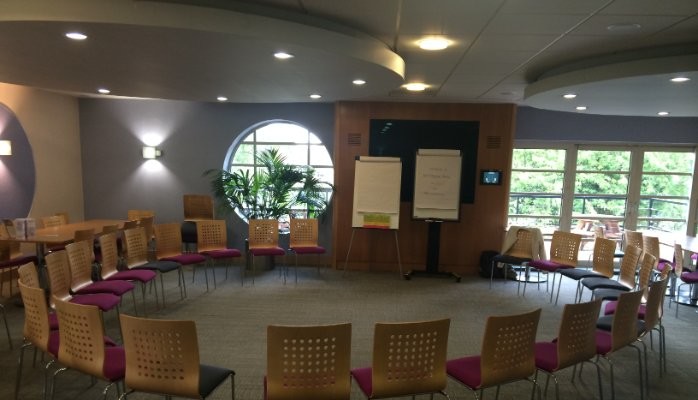 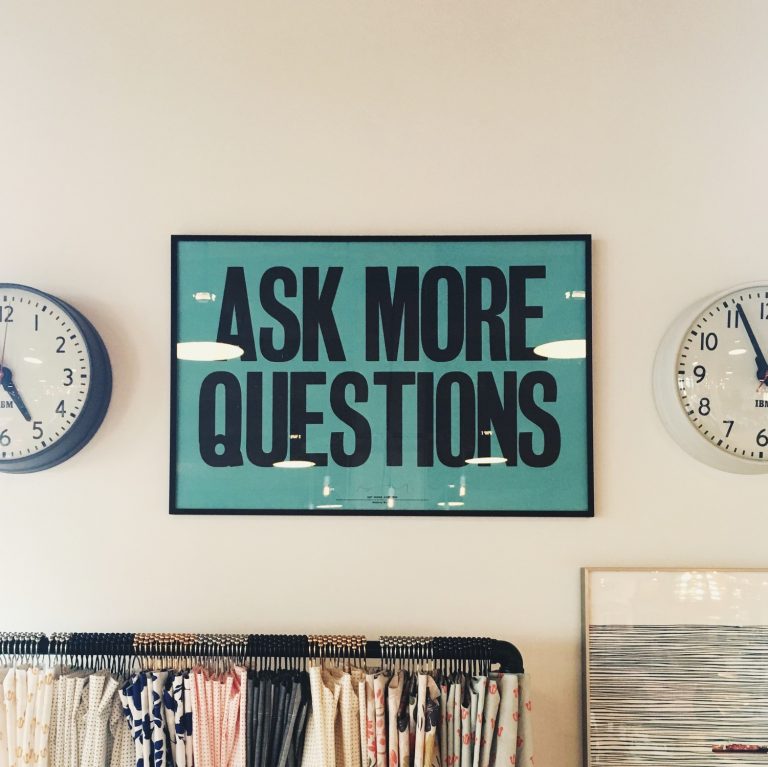 “Trust, not authority, is the only glue that will hold organizations together in a diverse, global, technology-empowered world” Paul Polman, CEO Unilever Building trust not only between individuals but also…