This post explores where conflict comes from and what can be done so that we live and work together more harmoniously and productively.

Along with five million other visitors, I recently went to the Tower of London to see the installation of 888,246 hand-made poppies. Each poppy represents a British or Commonwealth solder who died during the First World War. The inspiration for the display, which was created by the ceramic artist Paul Cummins, was a line in the will of a serviceman who died in Flanders. This fellow Derbyshire man wrote of “the blood-swept lands and seas of red, where angels fear to tread.”

The field of red flowers surrounding the Tower and spilling out of its “weeping window” was a powerful and moving reminder of the loss of human life. As I walked in silence alongside teenagers taking photos, parents navigating pushchairs and people making way for wheelchairs, I was struck by the diversity of the crowd. “Lest we forget” is a message that resounds strongly for many of us today.

Why is it, I wondered, that we are still so often unable to resolve our problems – whether between nations, organisations or families – without resorting to silence or violence? What stops us from being able to sit in a room and talk together? Understanding the antecedents and the antidotes to conflict could make such a difference to this troubled world of ours.

Where conflict comes from

On my return home, the latest edition of The Psychologist magazine, published by the British Psychological Society (the professional body to which I belong), was waiting in my letterbox. On the cover was a picture of a tug-of-war in the woods to highlight that 2014 also marks the 60th anniversary of the seminal “Robbers Cave” Boys Camp Study. This was the third of three experiments carried out by the psychologist Muzafer Sherif and his wife Carolyn. Although this research, which explored the collective dimension of human behaviour particularly in conflictive circumstances, took place between 1949 and 1954, the findings still apply today.

Muzafer Sherif, who was born in Turkey in 1905, developed his social psychology in the context of war and ethnic conflict. Sherif, a Muslim who had attended a Christian school later became a political activist as well as an academic and psychologist. His experiments were not carried out in a laboratory but out in the field. While Sherif’s studies are not without their logistical and ethical issues, my interest here lies in what they have to tell us about conflict and human nature, particularly in a collective setting.

For the Robbers Cave Study, a group of 24 ten- to twelve-year-old boys were carefully selected and taken to a camp in Oklahoma for three weeks. They were divided into two groups and put through a series of competitive games that were intended to create conflict. It worked: the groups clashed, hostility grew and suspicion increased. Many “spontaneous frustrations” arose, including the boys stealing and vandalising the property of the other group. There were “garbage wars” where food was used as a weapon and thrown at mealtimes as well as tents being pulled down and flags being burnt.

Given their vicious behaviour, it would be easy to conclude that the boys were violent by nature. The genius of these studies, however, is that they reveal how conflict unfolded over time. The animosity that arose was as a result of a sense of belonging to one group and not the other. The competitive games were deliberately designed to reward one group, for example with pocketknives, while the other group got nothing.

Sherif showed how even boys who were the “cream of the crop” back in their local communities could behave anti-socially in a systemic competitive context. We typically don’t see how conflict grows over time and how context invisibly shapes our interpersonal behaviour. Our group loyalties and unconscious biases are significantly influenced by the pattern of social relationships we find ourselves in.

How, then, can we apply the insights from these studies? Given that the corporate world is often characterised by competition – whether for pay, perks or performance rankings – what are the implications of the Robbers Cave study for organisational life and its leaders? I believe that there are three key considerations.

1. Put in place structures that support

Firstly, we need to pay attention to the “structures” that we put in place. Are we bringing people together or setting them apart? To the degree that we make people compete for limited resources, we can anticipate there will be conflict, negative stereotypes and judgments against anyone we perceive to in a competing camp.

As a leader, ask yourself to what extent you’re creating “positive interdependence” between people. If one group or individual wins, does the other? You could, for example, bring together two groups who might by default compete with each other, and task them to collaborate on a superordinate goal. You might ask them to co-produce a strategy together or to co-create a new operational plan. Any attempt to reduce “negative interdependence”, (where if one group or individual wins, the other loses) is likely to pay dividends. Relationship building beyond one’s tribe takes time, energy and design.

Secondly, when negative conflict does arise, be aware of the message your leadership sends. If you do nothing and say nothing, this might signal an implicit norm that conflictual behaviour is acceptable.

In the Robbers Cave Study, when the adults did nothing to resolve the conflict between the groups, the competition between the boys deepened. Not to intervene is an intervention in itself; it exacerbates the situation. Resentments fester and bitterness grows. To stop the slide into more hostility, see what resources you can draw on. You might bring in a facilitator, strengthen people’s capacity to resolve conflict or expand your own skillset in handling people face-to-face

3. Enable people to connect and communicate

Finally, look at the communication structures that you set up, both between and within groups. See what can be done to make relationships co-operative rather than competitive.

Across the three studies, of which Robbers Cave was the third, an important pattern emerged. In the first two studies, the participating boys had the chance to develop a friendship before they were forced to compete. This phase of forming an interpersonal connection made a crucial difference. Instead of interpersonal hostility emerging between the two groups, there was a sense of sportsmanship, reconciliation and co-operation. The experimenters eventually resorted to simulating a raid on the one of the cabins so that one group would have to blame the other.

The shared, common, inclusive sense of “us” that emerged during this earlier phase of getting to know one another seems to have inoculated the groups in the earlier two studies from competing destructively with one another. This phase was missed out during the Robbers Cave study, which was marked by much greater intergroup animosity.

As a leader, therefore, see what you can do to facilitate people meeting as fellow human beings and not just as “roles” or competing “human resources”. You could do this with something as simple as a “check-in” at the start of a meeting where each person’s voice is heard before the group rolls up its sleeves and gets down to business. It could also be done with something as involved as taking the whole team away for a retreat so that they can get to know one another better.

We are less likely to treat others as a competitors or combatants, once we meet the humanness in others. Just as the sea of poppies reminds us of the cost of conflict, the Robbers Cave study informs us that we are not doomed to aggression and hostility. Our default tendency is not to compete, but to co-operate and collaborate. May we remember! 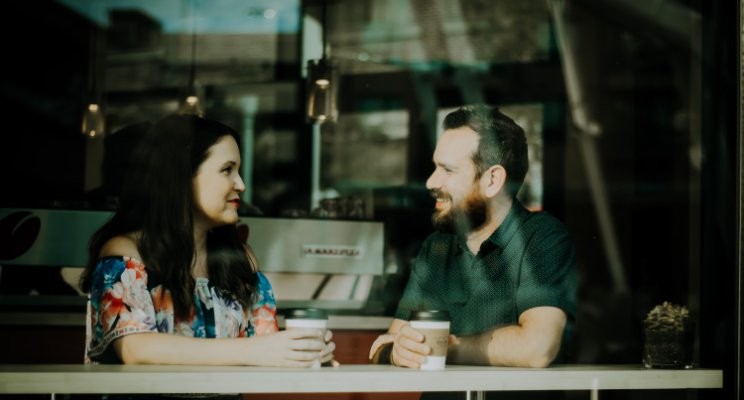